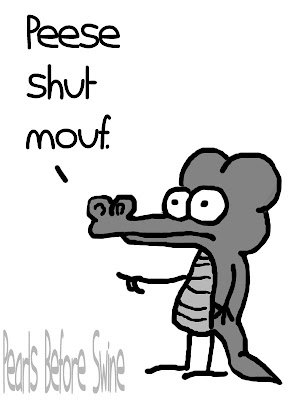 SHUT MOUF WOOMUN! ME IS TIRED OF U BABBLING! U BLOG SUCK! GET LARRY BEER & MAKE SANNWICH!