For the past eight months, I've been exercising like a fiend. After I gave up the World of Warcraft, I took up frequenting the gym, lifting weights and pushing myself to new extremes on the exercise machines. You'd think by now I'd be a sleek greyhound of a woman, and indeed I have some fairly impressive gym-toned muscles, nestled in amongst the fat, but I'm getting out of breath often. A person who does a full hour of cardio, leaving her literally dripping sweat, nearly every day of the week should be able to climb a flight of stairs without getting winded.

I have always had a funky heart, and I haven't had a cardiological workout since the 90's. Although my cholesterol, blood pressure, triglycerides and other sundry measures of health have always been fabulous, I've always had an arrhythmia. On top of that, I had a life-threatening infection of the heart in college, myocarditis, which caused me to lose both a fabulous job and a somewhat less fabulous boyfriend, who thought I was being a hypochondriac and took off on an extended road trip, and then felt too freaked out to try to make up for it when he realized I wasn't faking after his return (sidenote: he looked me up a year or two later, interested in trying again, but by then I was with Husband 1.0, the Scotch-Drinking Husband, so I had the last laugh in theory).

So the question arises: could it possibly take longer than eight months of strict and strenuous exercise to make up for a couple years of Warcrafting sloth? Or is my heart acting up again, and if so, should I be exercising this much without an EMT standing by? Who knows? I went for an EKG yesterday and some bloodwork, for which I had to fast and drive Lola to school in rush hour traffic WITHOUT HAVING HAD A SINGLE CUP OF COFFEE.

I've had a lot of EKGs in my life, so many I couldn't even estimate them (I had one once a week during my myocarditis troubles), but it's been a very long time, and it wasn't the same. First of all, the technology for attaching electrodes has advanced, and it was a lot less gooey than I remembered. Next, I certainly didn't have the tech need to ask me politely, "Could you please lift your left breast?" back in the old days. Sadly both gravity and breastfeeding have wreaked some damage, and what was once one of our nation's premiere racks is decidedly less perky and awe-inspiring.

Just going for the EKG and bloodwork made me feel better, as it felt like a concrete first step towards figuring out the state of cardiological affairs.  I finished up the day with a good half an hour of hard, sweaty exercise and not a single drop of alcohol. "You're doing your best," I reflected as I showered. "Fresh vegetables, fresh fruit, exercise... who could do more? Just put on a push-up bra and wait for the test results."
Posted by the Drunken Housewife at 1:51 PM 9 comments:

the future! the fabulous future!

So the present is a bit hard for me, and I'm self-medicating in the finest ways I know: endorphins and gin. Six days a week I've been going through a grueling workout at my gym, lifting weights and doing lots of cardio, and it has a huge impact on those around me. "Have you been to the gym yet?" inquires the Sober Husband over the phone. "I think you should go to the gym." Evidently I'm much more pleasant and relaxed on my gym days, and I have to admit, endorphins make a person feel perkier. [It's time to rewrite the description of this blog, since for the past eight months, I've been working out like a fiend. I get enough exercise for 2-3 people]. 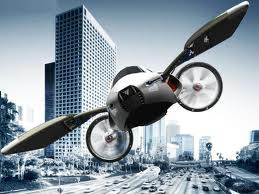 I'm also looking to the future. Burning Man is at the end of the summer, and it's a wonderful, crazy relief from everyday life. And! The Aurora Theatre in Berkeley is putting on a play by one of my two favorite playwrights next season. June is a long time away, but a Neil LaBute play is worth some anticipation. I could use a few things between now and Labor Day, as well as between Labor Day and June, for purposes of anticipation. Help me out with some suggestions in the comments for Things To Hang On To See (flying cars? Zombie apocalypse? Election of Iris über Alles as president?]
Posted by the Drunken Housewife at 7:57 PM 4 comments:

I try not to be a drama queen, but it's a hard time here these days.  Long-term readers may remember that last year at this time the old DH had a bit of a crisis, and as the anniversary of that rough time rolls around, the memories have been hard to quash.  Meanwhile there have been some other stressful events, and during that time, Al, my needy skeletal cat, the being who most loved and needed me in my life, has passed on.

This is why I haven't been writing of late; it's difficult to feel amusing.  I've been devoting myself to exercise and caring for a feral cat named, unimaginatively enough, "CatCat", exercising (endorphins are the best form of self-medication), and ploughing through book after book.  The eloquent Florence of Florence and the Machine has captured how I feel better than I could every say:
Posted by the Drunken Housewife at 8:33 PM 4 comments: 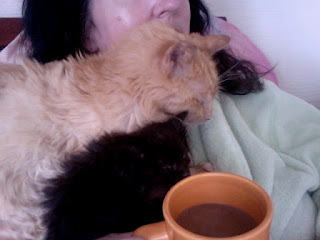 I came downstairs one Saturday morning to discover that Al, our skeletal orange cat (familiar to long-term readers of this blog as The Cat Who Is Allergic To His Own Teeth), had suffered a stroke in the night.  Poor Al had lost control of his hind legs, and his body temperature was low.

After a family discussion regarding whether to euthanize poor Al or to keep him at home quietly, it was clear there was no support for taking him to the vet for a clinical way out.  I spent most of the day holding him (which was not the most pleasant of tasks, as the poor animal had no control over his bladder).  At night we did leave him with Iris while the grownups ventured to a party (our party spirit was of course boosted by getting text messages from Iris constantly describing poor Al's decrepit condition).

We got home around 2:30 AM, and I went straight to Al, who was resting quietly.  I snuggled him up on my chest, where he always wanted to be, and held him.  Eventually I dozed off for a few hours, and when I woke up around 5:30 AM, he had passed on.  Rest in peace, poor Al.  You never did get a fair shake in life.

Al was found as a kitten, with one sibling, in a puddle of oil in a mechanic's shop in San Francisco.  His sibling passed away as a little kitten, and Al himself only lived to seven.  His health problems were endless and strange:  he couldn't retract his claws, he never weighed more than five pounds (even when we embarked upon a program of giving him unlimited canned food), he sneezed and drooled, he shedded constantly, flea preventive medicines didn't work for him...  Al's health improved after we finally ponied up $1,800 to have virtually all of his teeth pulled, and he had a few relatively good, but still skeletal, years.  He was always a companion to our various foster kittens (whereas the other cats generally can't be bothered with them).

In a rare moment of grace, Al was captured for posterity just the week before he died, by the amazing Thomasina deMaio: 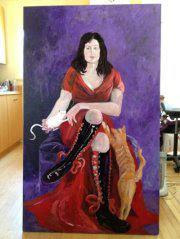 Al was also active on Twitter:  http://twitter.com/#!/allofalbert  Heartbreakingly his voice has gone silent far too soon.  Rest in peace, Al.  You are missed.
Posted by the Drunken Housewife at 9:05 PM 8 comments: