The Sober Husband is en route to Bangalore on a lengthyish business trip, one which he dreaded due to jetlag reasons and which I dreaded because (a) I am lazy and don't want to have to do everything while he is gone and (b) once I went to India for about a month, and I considered myself lucky to get out.  I got gored on the arm by a street cow, and my ex had such violent dysentery that, already a skinny man, he lost about thirty pounds and resembled a Holocaust victim.  Also, I got weirdly attacked in a group groping in Varanasi, my ex got attacked by a cab driver, and we spent the last day of our trip holed up in our hotel reading an Ayn Rand novel (me, the faster reader, reading a section then tearing it out and handing it to him).

I famously vowed never to go to India again, and now my favorite husband has gone off there without me there to keep an eye on him.  The man has lots of urban street smarts, having grown up in a very rough neighborhood in Chicago, but no foreign street smarts, so I worry.  When we were in Palestine, we saw a riot forming, and he wanted to push our infant's stroller over to join it, quelled only by my hissing "Are you insane?"

While he's away, I consoled myself by eating all his Christmas candy.  Indeed I ate every palatable piece of candy in this house.  I had some pride, though.  As I was doing housework I discovered part of a sriracha-flavored candy cane lying discarded on the floor, and I chose not to eat this myself.  Instead I fed it to the parrot.

It turns out parrots are insane about sriracha candy canes.  Who knew?  The combination of sweet and spicy tickled the avian taste buds just right, and the parrot greedily crunched the candy cane, swivelling her eyes about in fear that someone might attempt to steal this delicious treat away.

Meanwhile the Sober Husband stumbled off his overnight flight in Singapore to discover a truly odd monument to Spongebob and Christmas.  Again, who knew? 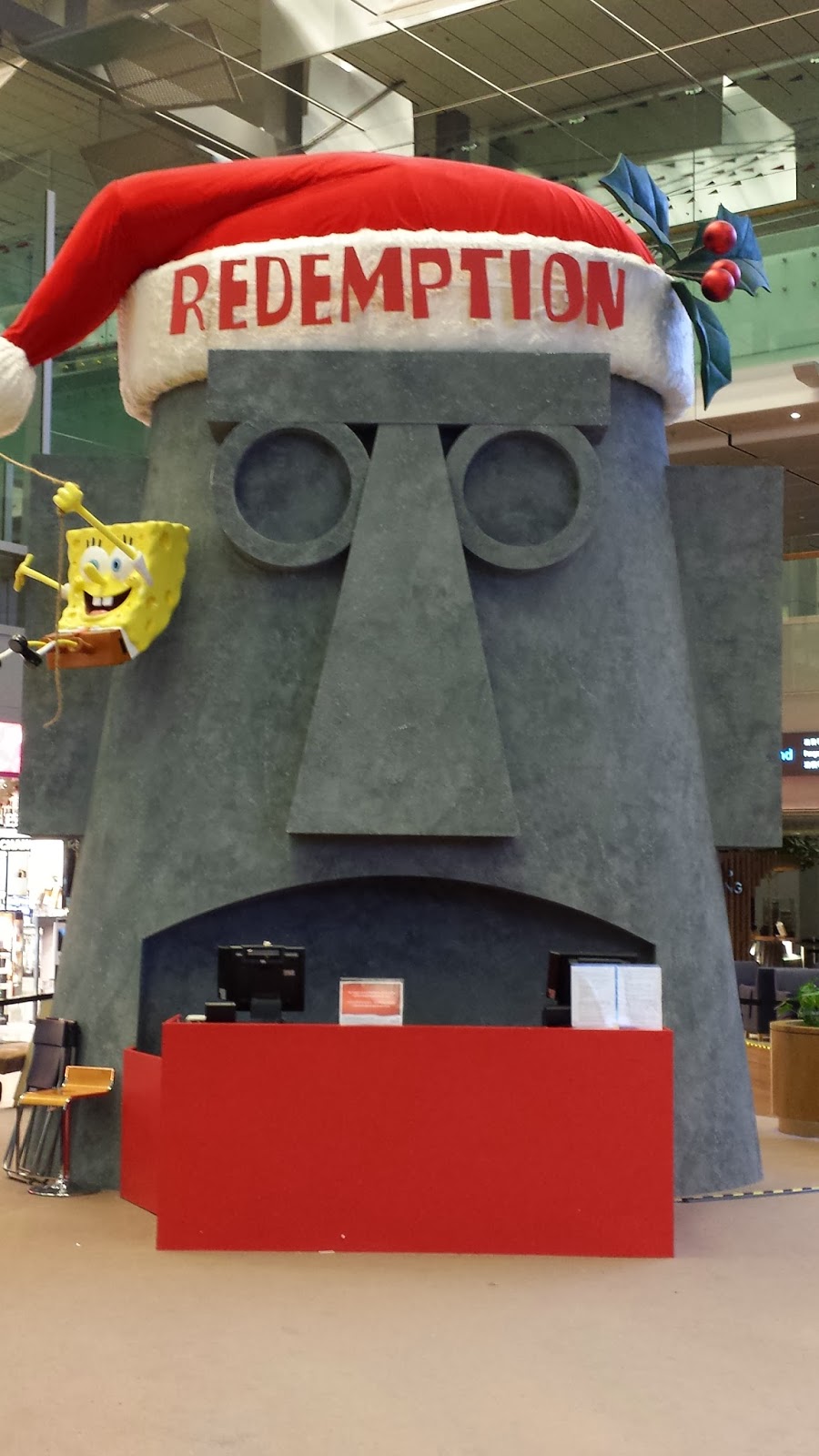 Posted by the Drunken Housewife at 7:43 PM