sending him off in style 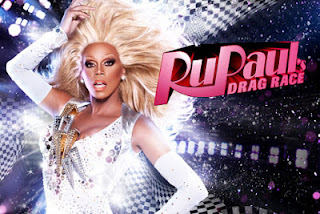 There's a new season of "RuPaul's Drag Race," and the children and I are enthralled.  The Sober Husband has only ever watched one episode, and that was when he was sucking up to me after a spat.  But even by leaving the room when it is screened, he can't escape the impact of this oddly absorbing game show.  Today, when he left, I bade him farewell with a jaunty, "You bettah werq!"  Nonplussed, he looked to little Lola.

"Lola," I instructed her, "Say goodbye to your father with something RuPaul says.  From now on, we say goodbye to him like RuPaul."

"Doesn't RuPaul ever say 'have a nice day?'" said the uncooperative Sober Husband.

Eventually a yawning little Lola let out a "don't eff it up", and the Sober Husband headed off to the more sensible environs of Silicon Valley.
Posted by the Drunken Housewife at 4:58 PM

IF YOU DON'T LOVE YOURSELF, HOW THE HELL YOU GONNA LOVE SOMEBODY ELSE?

Lol ! oh I don't think we get this show here :-(
maybe online though I'll check .
my eldest and I always wanted to go to wigstock when she was a tween . I reminded her now that she is an ultra cool hairstylist is really the time she should go !

We must not get it here, either. Hope I can find it online!